Elon Musk promised Tesla would soon have a million-mile battery, more than double what drivers can expect today. A new paper suggests he wasn’t exaggerating. 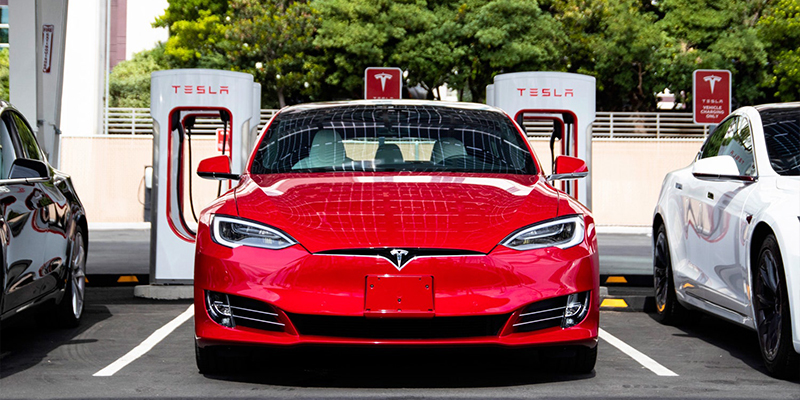 LAST APRIL, ELON Musk promised that Tesla would soon be able to power its electric cars for more than 1 million miles over the course of their lifespan. At the time, the claim seemed a bit much. That’s more than double the mileage Tesla owners can expect to get out of their car’s current battery packs, which are already well beyond the operational range of most other EV batteries. It just didn’t seem real—except now it appears that it is.

Earlier this month, a group of battery researchers at Dalhousie University, which has an exclusive agreement with Tesla, published a paper in The Journal of the Electrochemical Society describing a lithium-ion battery that “should be able to power an electric vehicle for over 1 million miles” while losing less than 10 percent of its energy capacity during its lifetime.

Led by physicist Jeff Dahn, one of the world’s foremost lithium-ion researchers, the Dalhousie group showed that its battery significantly outperforms any similar lithium-ion battery previously reported. They noted their battery could be especially useful for self-driving robotaxis and long-haul electric trucks, two products Tesla is developing.

What’s interesting, though, is that the authors don’t herald the results as a breakthrough. Rather, they present it as a benchmark for other battery researchers. And they don’t skimp on the specifics.

“Full details of these cells including electrode compositions, electrode loadings, electrolyte compositions, additives used, etc. have been provided,” Dahn and his colleagues wrote in the paper. “This has been done so that others can recreate these cells and use them as benchmarks for their own R+D efforts.”

Within the EV industry, battery chemistries are a closely guarded secret. So why would Dahn’s research group, which signed its exclusive partnership with Tesla in 2016, give away the recipe for such a seemingly singular battery? According to a former member of Dahn’s team, the likely answer is that Tesla already has at least one proprietary battery chemistry that outperforms what’s described in the benchmark paper. Indeed, shortly after the paper came out, Tesla received a patent for a lithium-ion battery that is remarkably similar to the one described in the paper. Dahn, who declined to comment for this article, is listed as one of its inventors.

The lithium-ion batteries described in the paper use lithium nickel manganese cobalt oxide, or NMC, for the battery’s positive electrode (cathode) and artificial graphite for its negative electrode (anode). The electrolyte, which ferries lithium ions between the electrode terminals, consists of a lithium salt blended with other compounds.

NMC/graphite chemistries have long been known to increase the energy density and lifespan of lithium-ion batteries. (Almost all electric cars, including the Nissan Leaf and Chevy Bolt, use NMC chemistries in their batteries, but notably not Tesla.) The blend of electrolyte and additives is what ends up being the subject of trade secrets. But even those materials, as described in the paper, were well known in the industry. In other words, says Matt Lacey, a lithium-ion battery expert at the Scania Group who was not involved in the research, “there is nothing in the secret sauce that was secret!”

Instead, Dahn’s team achieved its huge performance boosts through lots and lots of optimizing of those familiar ingredients, and by tweaking the nanostructure of the battery’s cathode. Instead of using many smaller NMC crystals as the cathode, this battery relies on larger crystals. Lin Ma, a former PhD student in Dahn’s lab who was instrumental in developing the cathode design, says this “single-crystal” nanostructure is less likely to develop cracks when a battery is charging. Cracks in the cathode material cause a decrease in the lifetime and performance of the battery.