Battery users often ask: “Why does an old Li-ion lake so long to charge?” Indeed, when Li-ion gets older, the battery takes its time to charge even if there is little to fill. We call this the “old-man syndrome.” Figure 1 illustrates the charge time of a new Li-ion with a capacity of 100 percent against an aged pack delivering only 82 percent. Both take roughly 150 minutes to charge. 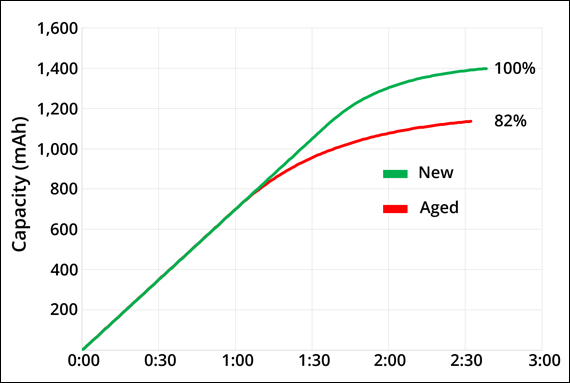 When charging Li-ion, the voltage shoots up similar to lifting a weight with a rubber band. The new pack as demonstrated in Figure 2 is “hungrier” and can take on more “food” before reaching the 4.20V/cell voltage limit compared to the aged Li-ion that hits V Limit in Stage 1 after only about 60 minutes. In terms of a rubber band analogy, the new battery has less slack than to the aged pack and can accept charge longer before going into saturation. 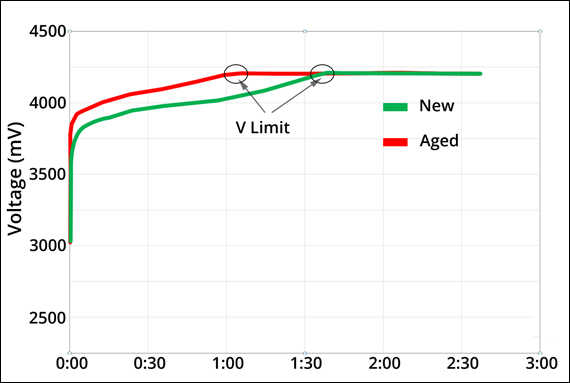 Figure 2: Observing charge times of a new and aged Li-ion in Stage 1.
The new Li-ion takes on full charge for 90 minutes while the aged cell reaches 4.20V/cell in 60 minutes
Courtesy: Cadex Electronics Inc.

Figure 3 demonstrates the different saturation times in Stage 2 as the current trails from the fully regulated current to about 0.05C to trigger ready mode. The trailing on a good battery is short and is prolonged on an aged pack. This explains the longer charge time of an older Li-ion with less capacity. An analogy is a young athlete running a sprint with little or no slow-down towards the end, while the old man gets out of breath and begins walking, prolonging the time to reach the goal. 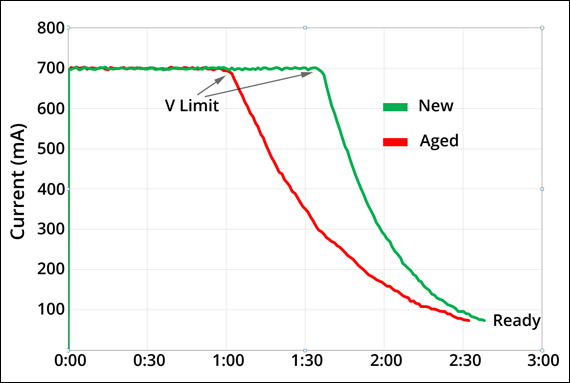 Figure 3: Observing saturation times of new and aged Li-ion in Stage 2 before switching to ready.
The new cell stays in full-charge longer than the old cell and has a shorter current trail.
Courtesy: Cadex Electronics Inc.

A common aging effect of Li-ion is loss of charge transfer capability. This is caused by the formation of passive materials on the electrodes, which inhibits the flow of free electrons. This reduces the porosity on the electrodes, decreases the surface area, lowers the lower ionic conductivity and raises migration resistance. The aging phenomenon is permanent and cannot be reversed.

The health of a battery is based on these three fundamental attributes:

The charge signature reveals valuable health indicators of Li-ion. A good battery absorbs most of the charge in Stage 1 before reaching 4.20V/cell and the trailing in Stage 2 is short. “Lack of hunger” on a Li-ion can be attributed to a battery being partially charged; exceptionally long trailing times relates to a battery with low capacity, high internal resistance and/or elevated self-discharge.

Algorithms can be developed that compare Stage 1 and Stage 2 based on capacity and state-of-charge. Anomalies, such as low capacity and elevated self-discharge can be identified by setting acceptance thresholds. Cadex is developing chargers with algorithms that will provide diagnostic functions. Such advancement will promote the lone charger into a supervisory position to provide quality assurance in batteries without added logistics.

Why are Protection Circuits Needed?
Scroll to top