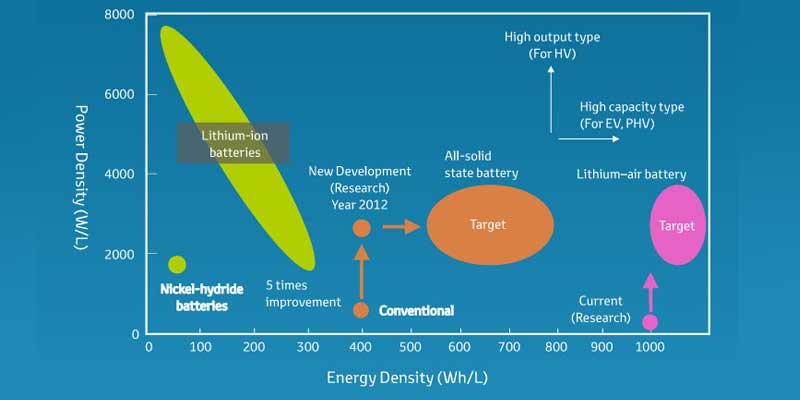 In contrast, the power density of a battery is a measure of how fast energy can be delivered, not how much stored energy is available. Energy density is often confused with power density, so it is important to understand the difference between the two.

Generally speaking, LiCo batteries have an energy density of 150-270 Wh/kg. Their cathode is made up of cobalt oxide and the typical carbon anode with a layered structure that moves lithium-ions from anode to the cathode and back. This battery is popular for its high energy density, and it’s typically used in consumer products such as cell phones and laptops.

LiFe batteries, on the other hand, have an energy density of 100-120 Wh/kg. Although this is lower than LiCo batteries, it is still considered higher in the rechargeable battery category. LiFe batteries use iron phosphate for the cathode and a graphite electrode combined with a metallic backing for the anode. They are ideal for heavy equipment and industrial applications because of their better ability to withstand high and low temperatures.

As far as the single-cell is concerned, the positive and negative materials and production process of the battery will affect the energy density, so it is necessary to develop more reasonable materials and better manufacturing technology to obtain a more efficient battery.

Why Are Custom Battery Designs Essential for Your Project?
Scroll to top