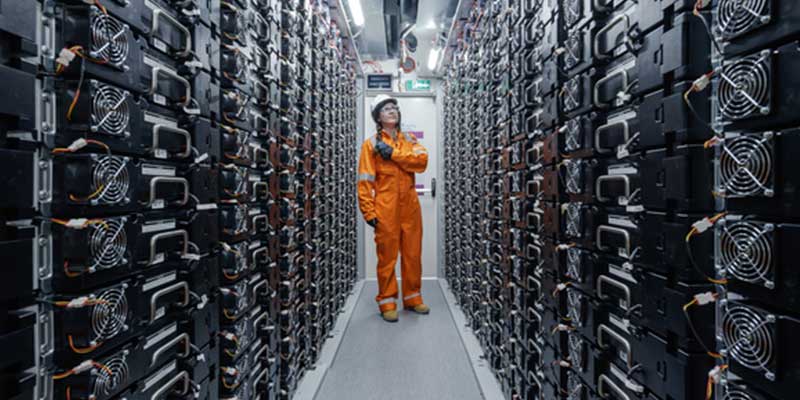 The consultancy predicts that US and China will drive global growth in cumulative energy storage capacity, which should top 740GWh by the end of the decade

Energy storage is poised for a decade-defining boom, with capacity set to grow by almost a third worldwide every year in the 2020s to reach around 741GWh by 2030, according to analyst Wood Mackenzie.

The firm’s latest forecasts for the burgeoning sector released on Wednesday point to a 31 per cent compound annual growth rate in energy storage capacity in the 2020s.

Growth will be concentrated in the US, which will make up just under half of global cumulative capacity by 2030, at 365GWh, the analysis predicts, while front-of-the-meter (FTM) energy storage will continue to dominate annual deployments, accounting for around 70 per cent of global capacity additions to the end of the decade.

The US FTM market is set to surge through 2021 due to significant short-term resources planned before slowing slightly through 2025. Beyond 2025, growth will become steadier as wholesale market revenue streams grow and utility investment is normalised, the report adds.

In particular, utility resource planning in the US is set to take a front seat for deployments over the coming decade, it says, in line with major recent shifts in utility approaches to renewables and storage, with the majority of utilities dramatically shifting planned resources towards renewables and storage due to cost and state-driven clean-energy goals.

“We note a 17 per cent decrease in deployments in 2020, 2GWh less than our pre-coronavirus outlook,” said the consultancy’s principal analyst Rory McCarthy. “We expect wavering growth in the early 2020s, but growth will likely accelerate in the late 2020s, to enable increased variable renewable penetration and the power market transition.”

Just behind the US in energy storage deployment, China is expected to see exponential growth in storage capacity, accounting for just over a fifth of global cumulative capacity at 153GW by 2030, according to Wood Mackenzie.

Europe’s growth story, on the other hand, is expected to be slower than its global counterparts, with the UK and Germany continuing to dominate the continent’s FTM market out to 2025, with the markets in France and Italy also opening up.

“The question is whether storage can capture stable long-term revenue streams,” she added. “Low-cost and longer duration storage can increasingly out-compete coal, gas and pumped hydro, enabling higher levels of solar and wind penetration. However, most lithium-ion energy storage systems economically max out at 4 to 6 hours, leaving a gap in the market.”