Find out how NiCd, NiMH and Li-ion perform when put to the test.

To compare older and newer battery systems, Cadex tested a large volume of nickel-cadmium, nickel-metal-hydride and lithium ion batteries used in portable communication devices. Preparations included an initial charge, followed by a regime of full discharge/charge cycles at a 1C rate. The following tables show the capacity in percent, DC resistance measurement and self-discharge obtained from time to time by reading the capacity loss incurred during a 48-hour rest period. The tests were carried out on the Cadex 7000 Series battery analyzers with a 1C charge and discharge and a 100 percent depth-of-discharge (DoD).

This battery receives a grade “A” rating for almost perfect performance in terms of minimal capacity loss when cycling with a 100 percent DoD and rock-solid internal resistance over the entire test. NiCd is the only chemistry that can be ultra-fast charged with little stress. Due to its safe operation, NiCd remains the preferred choice of battery onboard aircraft. 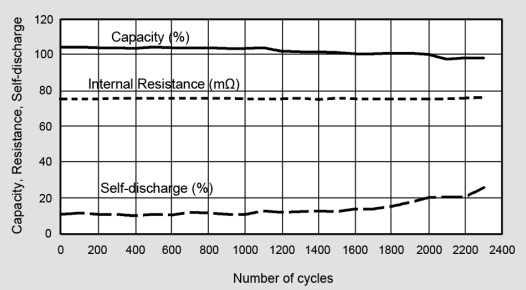 Figure 1: Performance of standard NiCd (7.2V, 900mAh)
This battery receives an “A” rating for stable capacity, low internal resistance and moderate self-discharge over many cycles.
Courtesy of Cadex

The ultra-high-capacity nickel-cadmium offers up to 60 percent higher specific energy compared to the standard version, however, this comes at the expense of reduced cycle life. In Figure 2 we observe a steady drop of capacity during 2,000 cycles, a slight increase in internal resistance and a rise in self-discharge after 1,000 cycles. 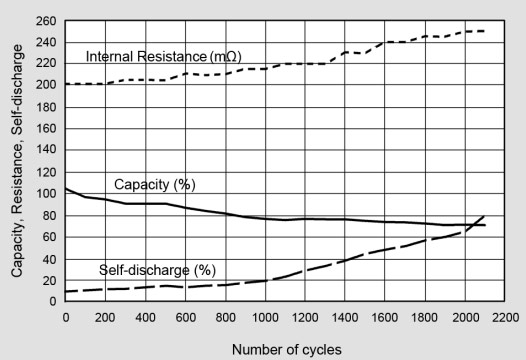 Figure 3 examines NiMH, a battery that offers high specific energy but loses capacity after the 300-cycle mark. There is also a rapid increase in internal resistance after a cycle count of 700 and a rise in self-discharge after 1000 cycles. The test was done on an older generation NiMH. 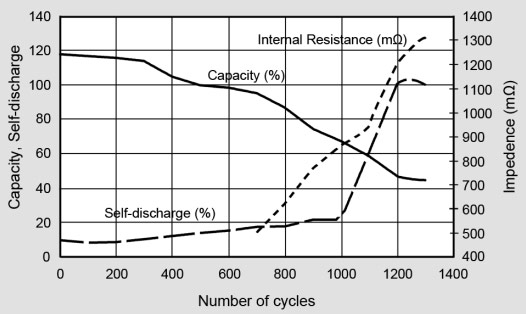 Figure 3: Performance of NiMH (6V, 950mAh).
This battery offers good performance at first but past 300 cycles, the capacity, internal resistance and self-discharge start to increase rapidly.
Courtesy of Cadex

Figure 4 examines the capacity fade of a modern Li-ion Power Cell at a 2A, 10A, 15A and 20A discharge. Stresses increase with higher load currents, and this also applies to fast charging. (See BU-401a: Ultra-fast charging of Li-ion.)

Li-ion manufacturers seldom specify the rise of internal resistance and self-discharge as a function of cycling. Advancements have been made with electrolyte additives that keep the resistance low through most of the battery life. The self-discharge of Li-ion is normally low but it can increase if misused or if exposed to deep discharges. 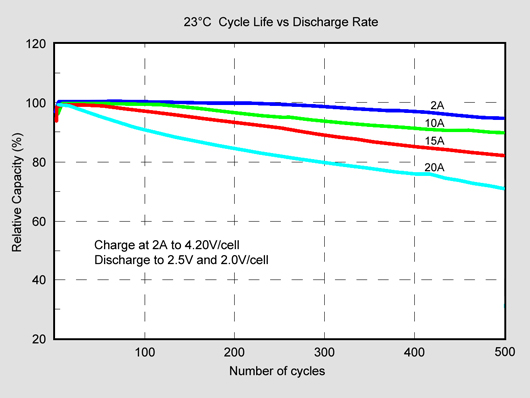 Batteries tested in a laboratory tend to provide better results than in the field. Elements of stress in everyday use do not always transfer well into a test laboratory. Aging plays a negligible role in a lab because the batteries are cycled over a period of a few months rather than the expected service life of several years. The temperature is often moderate and the batteries are charged under controlled charging condition and with approved chargers.

The load signature also plays a role as all batteries were discharged with a DC load. Batteries tend to have a lower cycle life if discharged with pulses. (See BU-501: Basics About Discharging.) Do not overstress a battery as this will shorten the life. If a battery must repeatedly be loaded at peak currents, choose a pack with increased Ah rating.