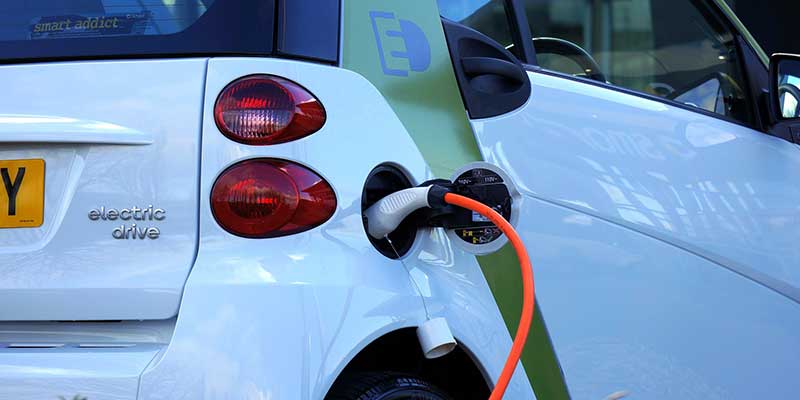 What Maintenance Do Electric Vehicles Need?

One of the main benefits of owning an electric vehicle, besides caring for the environment by not using gasoline and emitting fumes into the atmosphere, is the fact that it requires less of your time and money to make sure it runs smoothly.

The initial cost of purchasing such a vehicle is still quite high, but it pays off in the long run. EVs have fewer moving parts than Internal Combustion Engine vehicles, which means they have a smaller number of components in need of regular checkup and repair.

However, a few things will need your attention from time to time:

In an electric car, the battery takes up most of the space under the hood. While it may be bulky, heavy and complex, it doesn’t require day-to-day maintenance, but it will in time. As with any electric device, the more time passes, the less charge the battery holds and there’s nothing much you can do about it. You may not even notice it at first because it will take a lot for your EV to break down in the middle of the road, but eventually, you will realize that you can cover less mileage than before with a single battery charge.

Electric car batteries usually have a warranty of 8 years, but there are cases where it took 15 years for the battery to be officially faulty. When that happens, you will have two options. You will either return your car to the dealership, or you will find a battery specialty shop to replace your battery pack where you will faint from the sight of the bill. The cost of replacing perhaps the most important part of your electric vehicle is in the thousands or tens of thousands of dollars, which can still be too much for electric car owners depending on how much you had spent on purchasing the vehicle, to begin with. However, if you have grown accustomed to driving cleanly, you probably won’t go back to ICE cars.

The interesting thing about electric vehicles is that they use the regenerative braking system, a process involving harnessing energy from the parts stored in the battery system for later use. Thus, brake wear on your vehicle’s pads and rotors is very limited and they will probably last twice as long as on an ICE vehicle.

Not only that, but it will even charge your car’s battery a bit since it captures kinetic energy that would have been lost in ICE vehicles. It cannot replace a charging session, but it can save you when you find yourself away from a charging station with a dangerously low battery level.

It doesn’t really matter the type of vehicle you own, tires have to be checked regularly to avoid having to replace them too often. However, tires on electric vehicles get to see extremes for various reasons. Firstly, EVs are 20-30% heavier than ICE cars because of the massive electric battery. Secondly, they deliver instant torque, which can be hard on the tires. Thus, it is common for the tire tread to wear out more quickly than on ICE cars. Your mechanic should pay attention to the inside edge of the tread since this area of the tire is sure to endure considerable damage.

Moreover, good tire pressure ensures a smooth ride and longer tire lifespan, so don’t be lazy and examine them every once in a while. Make sure the pressure is not below or above the recommended value so as not to ruin the tires. Keep the external temperatures in mind when checking, since their variation causes tire damage as well.

Make sure your wheels are aligned every 6 to 12 months, but especially when you hit a hard pothole or a curb. Proper wheel alignment is bound to make the tires last much longer than when they are not all pointing in the same direction.

Rotate your tires in accordance with the owner’s manual and don’t wait for the seasonal tire change. Still, it is important to follow the pattern of the tire tread. If they have the same pattern, and front and back tires are the same size, then it’s easy, just swap them front to back and back to front. But, if not, then you have to put the “left tire” on the right side wheel and vice versa. This can end up costing you more than simply replacing the tires, but if you want to go that way, keep in mind that the tires rotate in the right direction while spinning.

Firstly, EVs with a liquid thermal management system will need you to check and replace the coolant regularly in accordance with the owner’s manual, just like with ICE cars. The reason is that, unlike ICE vehicles, electric cars have massive batteries which mustn’t be over or under heated, thus preventing vehicles from functioning properly.

Secondly, brake fluid requires the same amount of attention. Because of the specific braking system on EVs, there is significantly less degradation. You can get away with not changing it up to two years, depending on the make and model of your electric vehicle.

Thirdly, windshield wiper fluid is to be added more often, with taking into account temperature changes which come with different seasons. Choose between summer and winter blends according to the external temperature in order to avoid fluid freezing in the winter.

With EVs spearheading the green revolution and keeping the air outside of the car as clean as it can get, it is not surprising that the air inside the cabin has to be of high quality as well. Some of the electric vehicles that come from production lines these days have a special type of filters which create positive pressure inside the cabin and are capable of making and keeping the air clean as it is in hospital rooms. Not only are outside smells reduced to a minimum, but also are sub-particles and allergens that could enter the cabin. In order to keep such a level of comfort and health care, you mustn’t neglect to change your cabin air filters at least once a year. You can even do it yourself after 30k or so miles of driving, by spending up to $50 on the new filter and an hour of your time.

If you look at your electric vehicle as a giant gadget, then you understand the importance of regular updates. They ensure that EVs run longer and more smoothly, schedule and reschedule maintenance appointments, but also take care of various security issues that tend to come up more and more these days. For the vehicles that require you to get them to the dealership for an update, don’t be lazy, and get that taken care of as soon as you hear there is an update for your car’s software. If you have the option of the over-the-air software update, then you have nothing to concern yourself with – the update will be run without you.

7) Take care of the body

As long as you take good care of the chassis of your car, you can minimize both your bill at the mechanic and your worry about having to replace your vehicle for a new one. Also, the better your car looks to you, it’s owner and driver, both inside and out, the greater the pleasure you will have in driving it. From there, it goes that if it looks good and it runs well, you will not have to replace it prematurely if you don’t want to.

On the other hand, issues you don’t need to concern yourself with if you own an electric vehicle are as follows:

Your EV doesn’t have the mentioned components. Therefore, your life is easier because you don’t have to run to your mechanic worrying they can cause you to be stranded on the side of the road with a broken down car.

BATTERY END OF LIFE VS. STATE OF CHARGE
Scroll to top