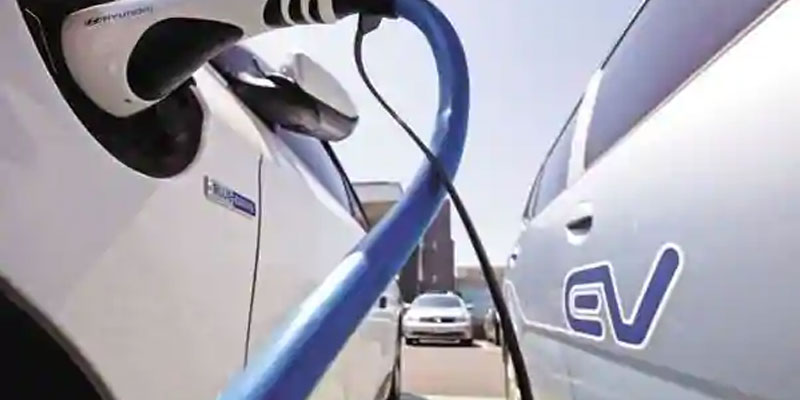 MUMBAI : India’s ambition of becoming a global hub for making electric vehicles faces one major hurdle: its lack of access to lithium.

Home to some of the most polluted cities on the planet, the South Asian nation is pivoting toward new-energy vehicles to clean up its toxic air. But with meager resources of lithium, the mineral essential to make batteries for electric vehicles, it is having to scour for resources overseas.

India’s EV production will rely on imports from China of lithium chemicals used to make cathodes and battery cells, according to Jasmeet Singh Kalsi, director at Manikaran Power Ltd., which is exploring setting up India’s first lithium refinery. “China has a thriving lithium chemical, battery cathode, battery cell and EV supply chain. India has none.”

Prime Minister Narendra Modi’s administration unveiled a slew of measures in 2019 to promote the clean-energy vehicles, including a $1.4 billion plan to make India a manufacturing hub for EVs and cutting taxes to spur purchases. While electric cars in India remain a small segment, with an estimated 3,000 sold in 2018 compared with the 3.4 million fossil fuel-powered cars in the same year, the nation is forecast become the fourth-largest market for EVs by 2040, when the segment will comprise nearly a third of all vehicles sales, according to BloombergNEF.

Several plans are under way to build lithium-ion battery factories in India. Meanwhile, China — the largest electric vehicle market in the world — is dominant in the battery supply chain. Around three-quarters of battery cell manufacturing capacity is in China, and Chinese companies have unparalleled control of required domestic and foreign battery raw materials and processing facilities, according to BNEF.

“Indian companies have been involved in trying to prospect for stakes in overseas resources, and possibly on-shoring more raw materials production capacity in India,” said Sophie Lu, head of metals and mining for BloombergNEF. “But there are very little synergies right now because further up the value chain, battery components manufacturing capacity does not seem to be planned extensively for India.”

Manikaran signed an agreement with Australia’s Neometals in June to jointly fund the evaluation of developing a lithium refinery in India with a capacity of 10,000 tons to 15,000 tons of the finished product. That capacity falls short of India’s projected requirement of 200,000 tons of lithium hydroxide by 2030, Kalsi said.

Electric vehicles are “slowly going to take off, not with the speed the government perceives it to be, but going ahead the market is going to get pretty huge,” he said.

This story has been published from a wire agency feed without modifications to the text. Only the headline has been changed.

What Is The Benefits Of Solar Street Lights With Lithium Battery?
Scroll to top