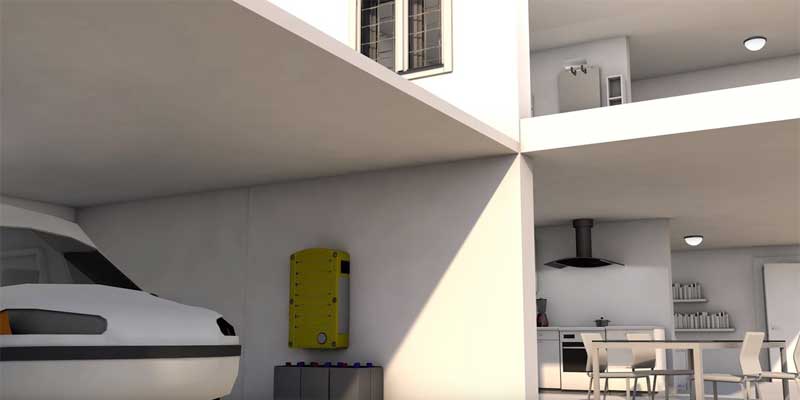 Solar batteries are an offshoot of the solar panel industry. With the increase in demand for solar panels for a solar energy system, new technology was born…

Before going into the workings of a solar battery, it is best to learn first about the solar energy system.

A common solar energy system is made up of solar panels, inverter, power or utility meter to determine the amount of electricity produced and tools for mounting the panels. Solar batteries are an adjunct of the system.

A power meter is used to measure what has been fed back and how much has been drawn from the grid. A net metering system is used to keep track of this transactions.

How does the solar energy system work

Solar panels are installed on top of roofs, on a pole or even on the ground. These panels are made of cells that harvest the sun’s’ energy which is called photons. When photons hit the cells in a solar panel, they are converted into electrons or what we call direct current (DC) electricity.

The direct current (DC) then flows from the solar panels to the inverter, and the inverter converts them into alternating current (AC). Households need AC to light up the home and to run home appliances.

Ways to Work Solar Batteries is…

Solar batteries make sure that when you need power, there will be power even when the sun is not shining. It is actually referred to as solar-plus storage.

What solar batteries do is to store surplus energy generated from the solar panels. Homes with solar batteries can accumulate excess solar power that can be used later when there is no more sun, such as at night, when the light is most needed.

Solar batteries also double as a backup power source when there is power interruption in the community, although for short periods of time only.

So, how do solar batteries works? Easy! It converts DC electricity to AC for home use to operate household appliances. And whatever excess electricity is generated from the solar panels are stored in these batteries to be used or drawn out when needed, such as at nighttime when there is no more sun.