Change can be daunting, even when switching from a lead-acid battery to a lithium iron phosphate battery. We all know properly charging your battery is critical and directly impacts the performance and life of the battery. Let’s take a look at how to charge your LiFePO4 battery to maximize your investment. 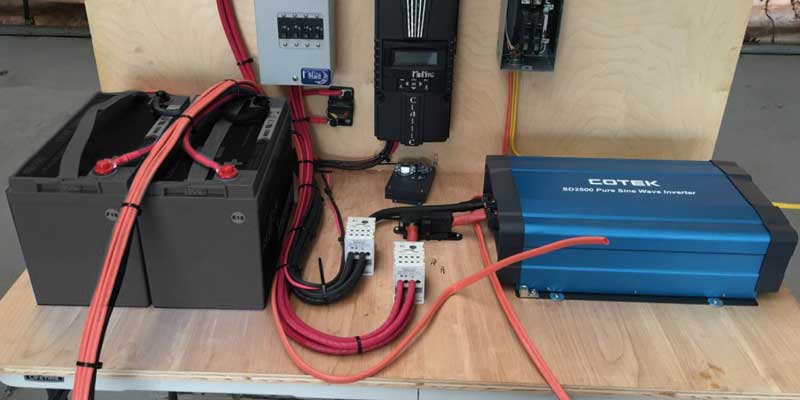 Much like your cell phone, you can charge your lithium iron phosphate batteries whenever you want. Obviously, if you let them drain completely, you won’t be able to use them until they get some charge. The key thing to note is that unlike lead-acid batteries, lithium iron phosphate batteries do not get damaged if they are left in a partial state of charge, so you don’t have to stress about getting them charged immediately after use. And they don’t have a memory effect, so you don’t have to drain them completely before charging.

LiFePO4 batteries can safely charge at temperatures between -4°F – 131°F (0°C – 55°C), however, we recommend charging in temperatures above 32°F (0°C). If you do charge below freezing temperatures, you must make sure the charge current is 5-10% of the capacity of the battery.

How to Charge a Lithium Iron Phosphate Battery

The ideal way to charge a LiFePO4 battery is with a lithium iron phosphate battery charger, as it will be programmed with the appropriate voltage limits. Most lead-acid battery chargers will do the job just fine. AGM and GEL charge profiles typically fall within the voltage limits of a lithium iron phosphate battery. Wet lead-acid battery chargers tend to have a higher voltage limit, which may cause the Battery Management System (BMS) to go into protection mode. This won’t harm the battery, however, it may cause fault codes on the charger display.

When connecting your lithium batteries in parallel, it is best to charge each battery individually before making the parallel connection(s). If you have a voltmeter, check the voltage a couple hours after the charge is complete and make sure they are within 50mV (0.05V) of each other before paralleling them. This will minimize the chance of imbalance between the batteries and, ultimately, maximize the performance of the system. Over time, if you notice the capacity of your battery bank has decreased, disconnect the parallel connections and charge each battery individually, then reconnect.

Connecting lithium batteries in series is much like connecting them in parallel, it is best to charge each battery up individually and check the voltage and ensure they are within 50mV (0.05V) of each other before making the series connections.

It is highly recommended to charge lithium batteries in series with a multi-bank charger. This means each battery is charged at the same time but completely independent of each other. In some applications this is not practical, which is why Himax offers 24V and 48V batteries to reduce the need for multiple batteries in series.

What About During Storage?

Lithium batteries can charge at a much higher current and they charge more efficiently than lead-acid, which means they can be charged faster. Lithium batteries do not need to be charged if they are partially discharged. Unlike lead-acid batteries, which when left in a partial state of charge will sulfate, drastically reducing performance and life.

lithium batteries come with an internal Battery Management System (BMS) that protects the battery from being over-charged, whereas lead-acid batteries can be over-charged, increasing the rate of grid corrosion and shortening battery life.

For more details on charging your Himax lithium batteries, contact us if you have any questions.

How Lithium Polymer Batteries Are Made?
Scroll to top