Let’s start at the beginning…your battery bank. The battery bank is the result of connecting two or more batteries together for a single application (i.e. a sailboat). What does joining more than one battery together accomplish? By connecting the batteries, you either increase the voltage or amp-hour capacity, and sometimes both, ultimately allowing for more power and/or energy.

The first thing you need to know is that there are two primary ways to successfully connect two or more batteries: The first is called a series connection and the second is called a parallel connection.

Series connections involve connecting 2 or more batteries together to increase the voltage of the battery system, but keeps the same amp-hour rating. Keep in mind in series connections each battery needs to have the same voltage and capacity rating, or you can end up damaging the battery. To connect batteries in series, you connect the positive terminal of one battery to the negative of another until the desired voltage is achieved. When charging batteries in series, you need to utilize a charger that matches the system voltage. We recommend you charge each battery individually, with a multi-bank charger, to avoid imbalance between batteries.

In the image below, there are two 12V batteries connected in series which turns this battery bank into a 24V system. You can also see that the bank still has a total capacity rating of 100 Ah. 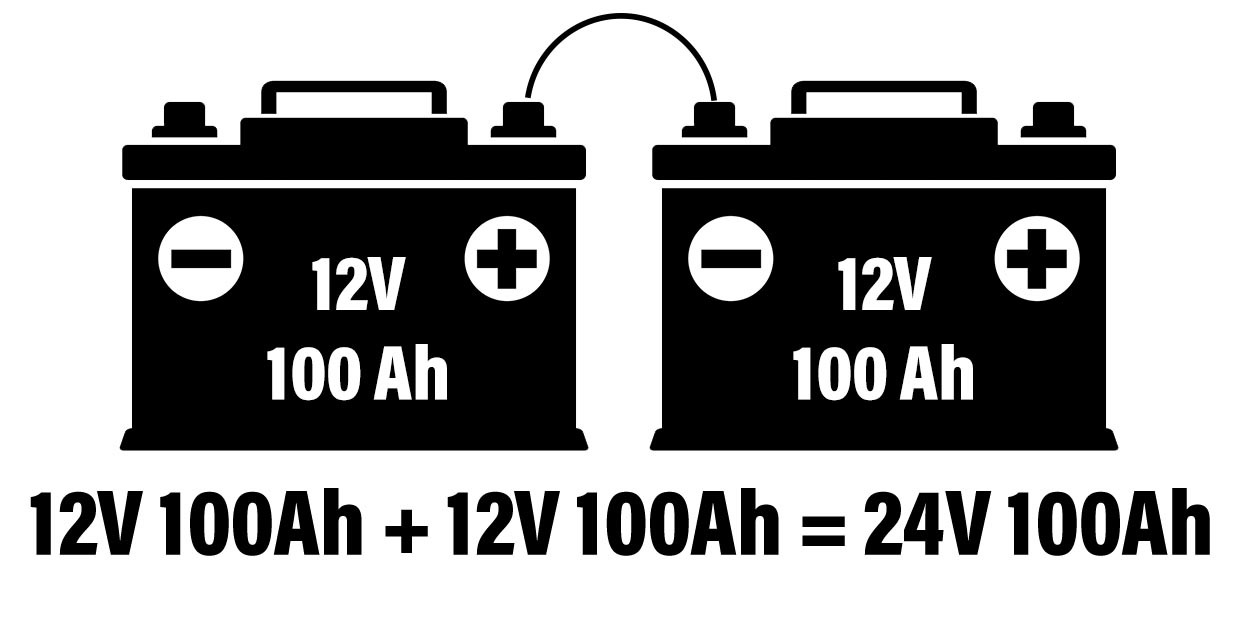 A parallel connection is not meant to allow your batteries to power anything above its standard voltage output, but rather increase the duration for which it could power equipment. It’s important to note that when charging batteries that are connected in parallel, the increased amp-hour capacity may require a longer charge time.

In the example below, we have two 12V batteries, but you see the amp-hours increase to 200 Ah. 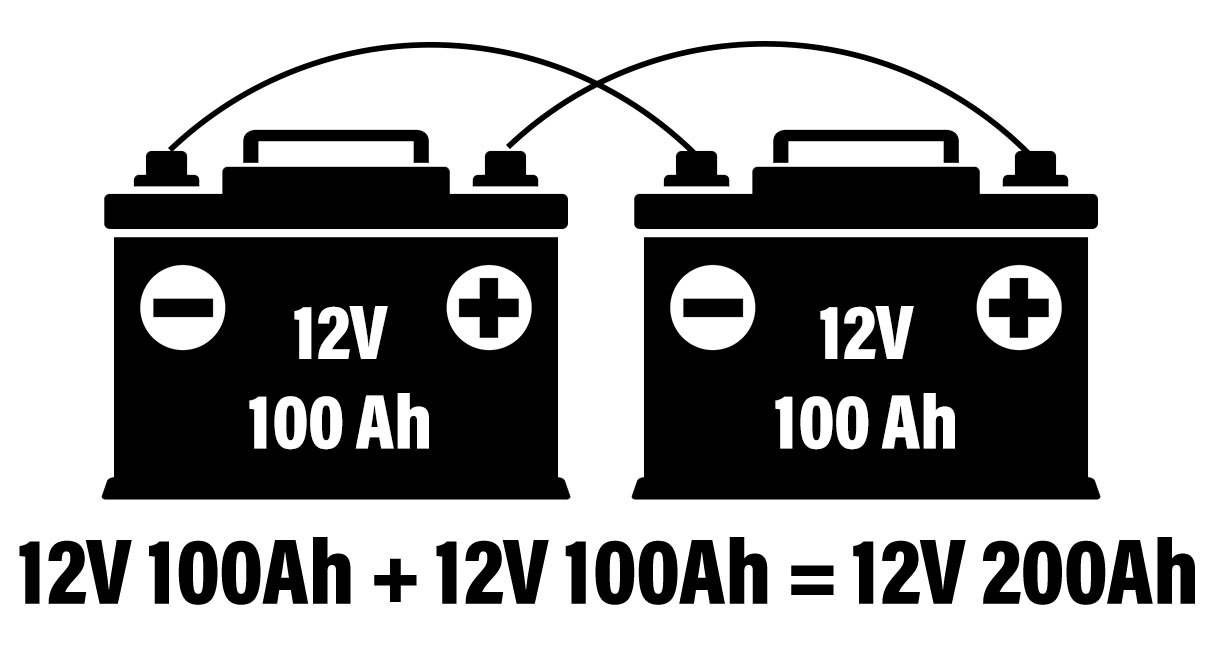 Now we get to the question, “Can Li-ion batteries be connected in series or parallel?”

Standard Product Line: Our standard lithium batteries can be wired in either series or parallel based on what you’re trying to accomplish in your specific application. Li-ion’s data sheets indicate the number of batteries that can be connected in series by model. We typically recommend a maximum of 4 batteries in parallel for our standard product, however there may be exceptions that allow for more depending on your application.

It’s important to understand the difference between parallel and series configurations, and the effects they have on your battery bank’s performance. Whether you’re seeking an increase in voltage or amp-hour capacity, knowing these two configurations is vastly important in maximizing your lithium battery’s life and overall performance.

Lithium Advantages In Your Bass Boat
Scroll to top